The UK lost as much as £2.5 billion in just 12 months as a result of cyber-crime last year, revealing how important it is to invest in online security for both businesses and individuals.

Online trading experts Payback looked at data from the National Fraud Intelligence Bureau (NFIB) between November 2020 and November 2021. It found there was an average of 40,586 cases of fraud and cyber-crime reported each month, with each incident typically costing £5,700, City AM revealed.

A spokesperson for Payback stated: “It is imperative that the British public exercise caution when making financial transactions of any kind, and to ensure that they are confident that any transactions are done via official, safe and legal means.”

They noted that it is “difficult to see such high figures relating to fraudulent and criminal activity taking place over the course of the year”.

The month that saw the greatest number of cyber crimes was March 2021 when 48,500 incidents were reported, followed by February 2021 when there 47,800 cases. This amounted to £267.6 million in financial loss, while March’s crimes resulted in a cost of £219.3 million.

According to the data, British residents are particularly at threat, with 87 per cent of the UK’s total cyber-crime relating to individuals. This typically happens while internet shopping, during auctions, when tricked by dating scams, and when corresponding with fraudulent tradespeople. Consequently, consumer fraud amounted to £1.8 million of financial loss.

However, there are still a considerable number of reports from businesses, with 62,876 made by British companies last year. In total, more than £736 million was lost through business cyber-crime.

To help prevent such high levels of cyber-crime this year, the government has introduced new legislation as part of its £2.6 billion National Cyber Strategy.

It intends to amend the current Network and Information Systems (NIS) Regulations, which were originally set up in 2018. They were formed to improve online security of essential services providers, fining those that fail to use effective measures to prevent cyber attacks.

To avoid paying steep fines of up to £17 million, companies need to undertake risk assessments, report significant incidents and have plans in place to make sure they recover from them should they occur.

However, recent research by the Department for Digital, Culture, Media and Sport found just 12 per cent of companies examine their cyber security risks from their suppliers.

Consequently, the government has recently launched a consultation into the NIS regulations, hoping they can be expanded to obligate large companies to show improved cyber incident reporting and safety measures.

In addition to this, it wants the UK Cyber Security Council to have greater powers to establish a standard of qualifications and certifications. This would ensure those offering cyber security services have to meet certain criteria, so companies can be confident they will protect them properly and legitimately.

Ms Lopez added: “Every UK organisation must take their cyber resilience seriously as we strive to grow, innovate and protect people online. It is not an optional extra.”

Protect your business today with IT support services in Doncaster.

The study polled around 1,200 workers, based in a range of fields, on their cybersecurity habits and training. Read the full article: Three-Fifths Of Employees Fail Basic Cybersecurity Quiz ▸ https://t.co/pQ2qBow4KP #HolisticIT #CyberSecurity #ITSupport #WFH #RemoteWorking https://t.co/kVCK2Tc4dY 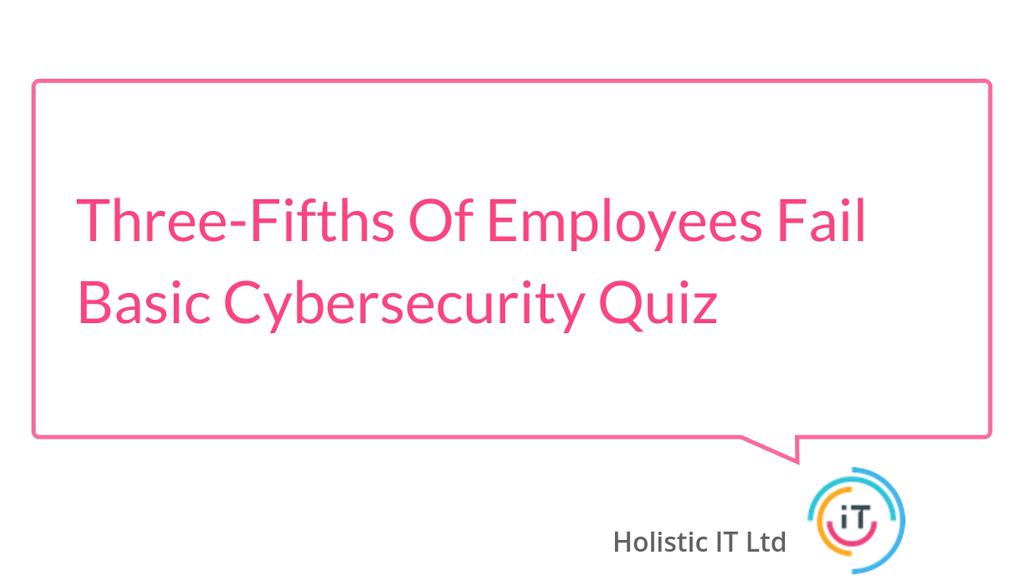